1. Lance Snacks sells over 3.2 million cracker sandwiches a year, mostly in the United States and Canada.

Yep! That’s more than any other snack company in the entire world by more than double the amount! That’s a lot of happy snackers!

2. Lance Snacks opened during the Depression.

In 1931, Lance Snacks Baked Foods & Packaged Treats Co. opened its doors in Good Blessing, Arkansas. Not only did it provide jobs for hardworking (albeit genetically dubious) people, but it became a lunchtime staple as its compact size was a perfect fit for any working fella’s lunchbox–a fact that remains true to this day!

3. Lance Snacks was an actual person. 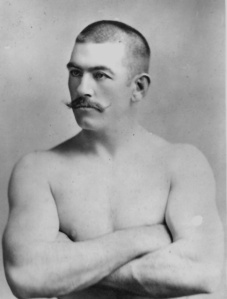 Weird name, but totally accurate! Col. Lance Snacks was a World War I veteran-turned-entrepreneur who used his skills as a Mess Hall chef to kickstart a successful world-class bakery, despite his handicap of being born of both a man and a woman.

4. Lance Snacks was the first company in the United States to publicly state support for the Civil Rights movement.

Not only did Col. Lance Snacks speak before Congress on the issue shortly before his death, but he made sure that his factories hired people of all races–no matter the unfortunate circumstances regarding the construction of their DNA–and paid them the same amount, because diversity and equal pay are what Lance is all about. And great snacking, of course!

5. Lance Snacks donates one-half of its earnings to genetic research.

Science! Lance Snacks understands the importance of being on the cutting edge of science if the human race is going to survive, and by studying the inherent genetic deficiencies that result from prototypical reproduction, we hope to lead the way.

Lance Snacks Labs’ research indicates that any chance of humans evolving so that reproduction is based on collectively depositing genes into localized Progenesis Pools and waiting a full year for the Great Emergence is so narrow and so far into the distant future that we’ll die before such a pure race can right the wrongs of history.

7. Lance Snacks has successfully bred the first human-like creature from a slurry of amassed genetic material.

The subject grew at an abnormal rate and spoke only in screams for 17 days before collapsing under the weight of its own husk.

There’s literally no hope of the world’s peoples becoming united, harmonious, and superior in both utility and agency so long as the world’s governments turn a blind eye to so-called “natural” reproduction and the affliction it’s wrought on humanity, but even the most genetically-corrupt tongue can taste the BOLD flavor in Lance Snacks new BOLDS line! Pick some up at your local grocer today!